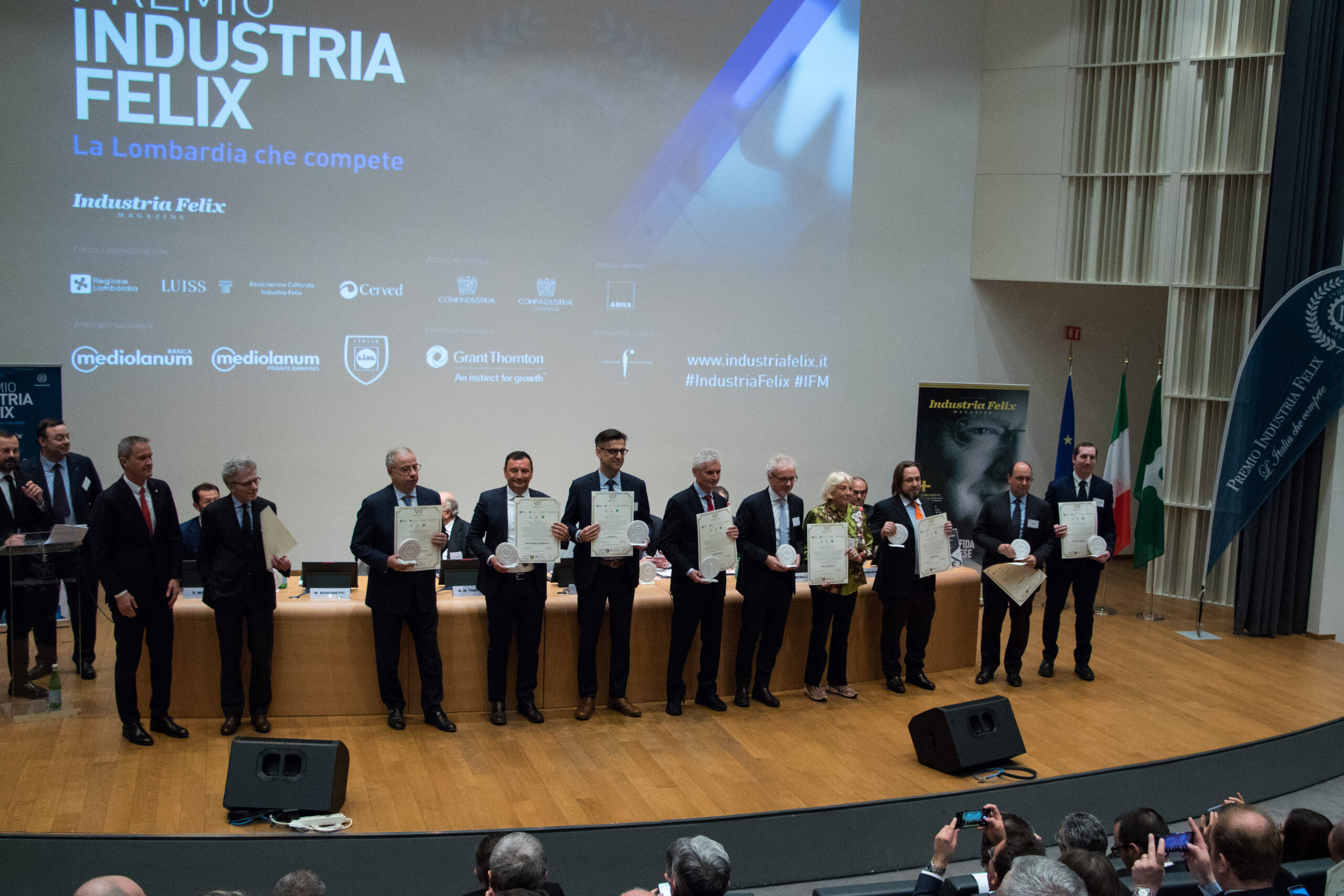 Agrati is one of the 85 companies in Lombardy to receive the award during the 3rd edition of the Premio Industria Felix – La Lombardia che compete, held last March 5 in Milan in the Auditorium of Palazzo Lombardia, the headquarters of the Regione Lombardia.

Agrati was among the best in the region for management performance in relation to the financial statements for the fiscal year 2017; the journalistic survey carried out by Industria Felix Magazine in collaboration with the Economic Studies Centre of Cerved Group S.p.A. analysed approximately 33 thousand financial statements of companies with registered offices in Lombardy.

Andrea Costantini, CFO of the Group, participated at the ceremony: “Receiving the High Honor during the third edition of the Felix Industry Award in the category “Big Company” in the province of Monza and Brianza is not only a prestigious award of the business performance of our group, but also a way to highlight the management excellence of the territory that Agrati represents.”

TOKBO IS FINALLY ON LINKEDIN!