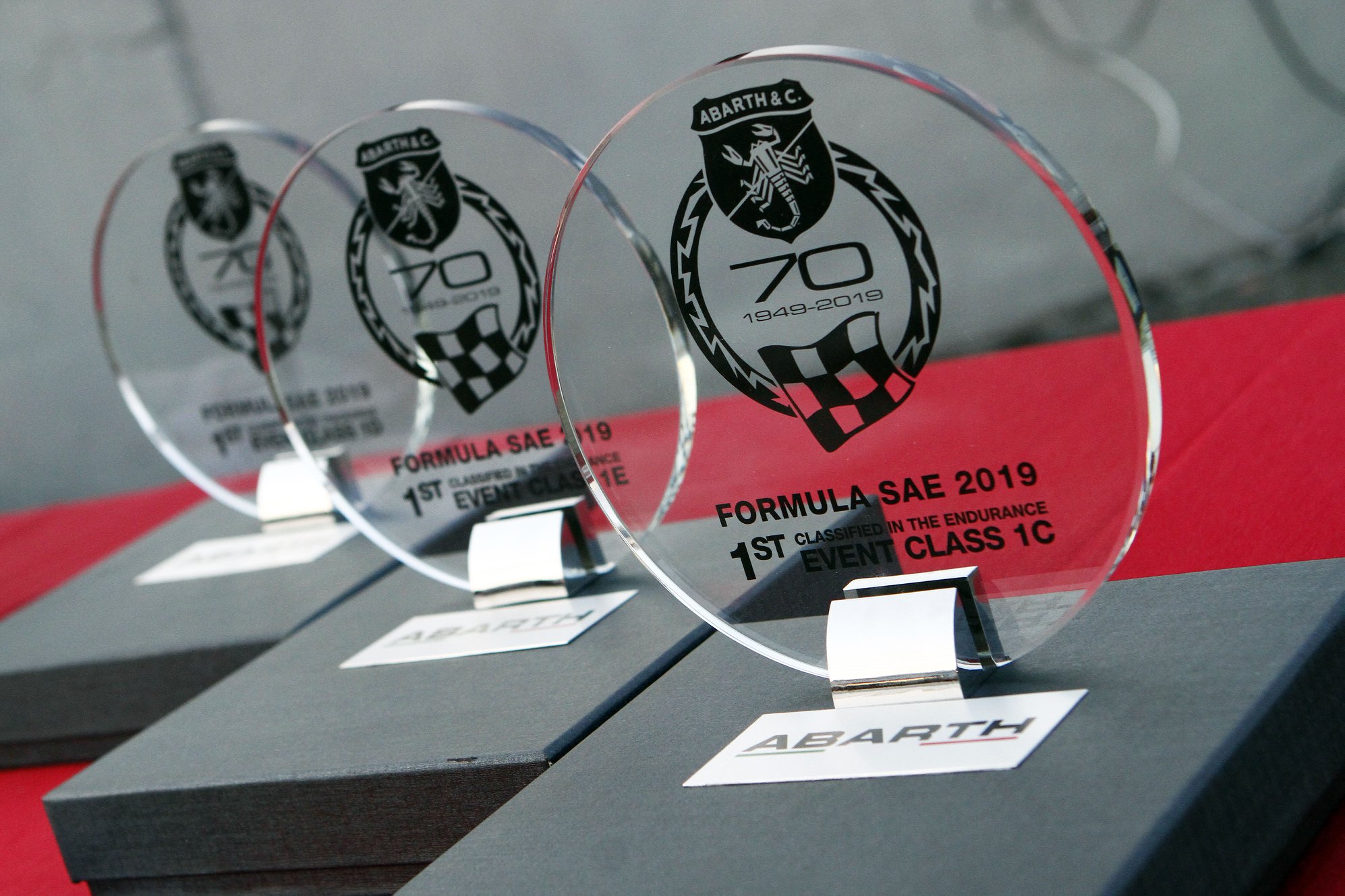 Varano de’ Melegari, 29th July 2019 – The 15th edition of Formula SAE Italy, Formula Electric Italy & Formula Driverless – an international competition organised by ANFIA in partnership with SAE International and the Autodromo “R. Paletti” of Varano de’ Melegari ended yesterday with its closing ceremony at 8.30 p.m. The main sponsors of the event were FCA who were in attendance with their Abarth brand, and Dallara. The initiative was attended by more than 2,600 students from 26 countries (India and Israel being the furthest) representing 79 different universities. A total of 86 teams took part in the competition, 69 of which were European and out of those, 17 were Italian representing 15 universities.

For the first time we saw the ilatian flag on the podium: excelling in class 1C was the Polytechnic of Milan, in calss 1E the Polytechnic od Turin and in the driverless class the Univesrity of Rome La Sapienza.

“The fifteenth edition of Formula SAE Italy and the third organised by ANFIA is confirmation of the success of the previous editions with Italian teams triumphing, having improved significantly compared to last year – commented Gianmarco Giorda, Director of ANFIA. There were numerous points of interest in this international team challenge, starting with the innovative technological solutions that were praised by the judges, particularly in the electric and driverless car classes, the current development frontier of the automotive sector. For the first time, an Italian team, that of the University of Rome La Sapienza, took on the challenge of the new autonomous driving class, competing with the only driverless combustion car in the event and winning first prize in this category.
At the heart of this event, as in the previous years, is the passion and enthusiasm shown by the students and the opportunity for them to meet and interact with qualified professionals from leading companies within the automotive and motorsport sectors, who were present throughout the event as staff, sponsors and judges and made significant contributions to the educational aims of the initiative. Both the more experienced teams and the newcomers have benefited from this experience and have learnt important lessons that will allow them to develop over the years, gaining an increasingly professional approach. As ANFIA – concluded Giorda – we work tirelessly to improve and promote this event, increasing its worldwide visibility and attractiveness while focusing on its purpose as a link between the worlds of universities and industries. All this is made possible by the support provided by companies in the automotive industry that are directly involved in the preparatory phases and present during the event”.

TOKBO IS FINALLY ON LINKEDIN!